It was reported during the Baker Act Task Force that an estimated 30% of the children being Baker Acted in Pinellas County alone did not meet the criteria.

As reported by the Baker Act Reporting Center, more than 37,000 involuntary psychiatric examinations were initiated on children across the state. 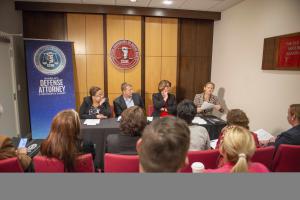 Delivered by an attorney, the course covers basic rights impacted by the mental health law and involuntary psychiatric examination.

A change has finally been made but now it is imperative that this change is understood by those given the power to send a child for an involuntary psychiatric examination.”
— Diane Stein, President CCHR Florida

CLEARWATER, FLORIDA, UNITED STATES, September 22, 2021 /EINPresswire.com/ — Earlier this year the Southern Poverty Law Center (SPLC) released an alarming report. Titled “Costly and Cruel” this report revealed the abusive use of Florida’s mental health law commonly known as the Baker Act. This law allows for individuals of any age, including children, to be taken into custody for an involuntary psychiatric examination and transported to a facility for evaluation, often by law enforcement and in handcuffs. [1]

As reported by the Interim Deputy Legal Director for Children’s Rights with the SPLC, “More than 37,000 times each year, children across the state have the Baker Act used against them largely by schools, police and foster care facilities. Sometimes – for even very minor infractions and normal adolescent behavior – they are handcuffed by police, taken in cop cars and deeply traumatized as they are carted off for days at a time to psychiatric facilities for an involuntary psychiatric exam, where they may or may not get to speak with their family.” [2]

While the Florida Legislature made changes to how the Baker Act can be used in schools during the 2021 session, now requiring parental notification before a child can be taken into custody, the changes are still often misunderstood and misused prompting the Florida chapter of the Citizens Commission on Human Rights to offer workshops on the mental health law.

“Our organization has been raising awareness on this human rights abuse for years and asking lawmakers to amend the law to protect children and families,” stated the President for CCHR Florida, Diane Stein. “After several scathing investigative news stories and other organizations joining the cause a change has finally been made but now it is imperative that this change is understood by those given the power to send a child for an involuntary psychiatric examination.”

The workshop is delivered by attorney Carmen Miller, a former assistant public defender in the Thirteenth Circuit in Tampa, who has an extensive background in dealing with Baker Acts. Hosted by CCHR, the event covers the context and intentions of the mental health law, basic human rights impacted by the Baker Act, changes to the Baker Act process for children and the unintended consequences of involuntary psychiatric examinations. The next complimentary virtual event, designed for mental health professionals, attorneys and law enforcement, is scheduled for Saturday, October 16th, 2021 from 1:00 PM to 2:30 PM. To learn more or to reserve a spot, please call 727-442-8820 or send an email to execdir@cchrflorida.org.

A Stand for Rights in the Sunshine State: Voices for Humanity – Diane Stein, President CCHR Florida