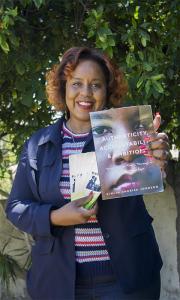 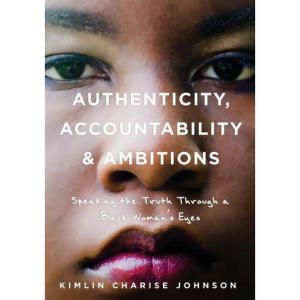 "Financial Literacy, writing checks, and savings accounts did nothing for us in the ’80s and ’90s." – Kimlin Johnson

LOS ANGELES, CA, US, November 25, 2020 /EINPresswire.com/ — In an article published by The Public Health Post, findings found that the net worth of white households in the U.S., at $190,000, is ten times larger than that of African American households at $19,000. Differences in life expectancy between white and black Americans are also striking. After an African American male reaches age 50, he has a remaining life expectancy of 27.2 years, six years less than a white female. African Americans are significantly more likely to die during their working years relative to whites. More than 12 percent of African American males who reach age 50 die within 10 years, double the rate in the entire population.

In standard economic models, differences in life expectancy contribute to differences in wealth accumulation and spending patterns. Financial struggles may follow the death of a breadwinner including lost earnings and debt due to costly end-of-life medical care. Kimlin is a licensed Life Only Agent in the state of California. She specializes in building Generational Wealth, Business Opportunities, Annuities, IRA & 401K Rollovers, and Asset Protection. Please join her for the next zoom event she is hosting entitled, “ Becoming Your Own Bank,” this Saturday, November 28, 2020 from 12 -1 PM PST; Zoom ID :951-22-4075 Password:457767

Author of Authenticity, Accountability & Ambitions, and Civil Rights Activist Kimlin Johnson, has been on a quest to eliminate financial
inequalities in the Black community, arising from economic disparity and novelty around such subjects. As detailed in her book, Kimlin writes about how Black women in the U.S endure systemic racism in every aspect of their life.

Kimlin’s step towards a solution to systemic racism is financial education, wealth building & proper protection. This past month, Kimlin hosted her first economic event Via Zoom, with the goal of financially educating and elevating the mindset of all attendees.

For example, 71 percent of married individuals with a child and mortgage have coverage in comparison to just 27 percent for individuals who are single, childless, and renters. Families not insured against early mortality of the breadwinner may end up depleting wealth, carrying balances on credit cards, or using payday loans, all of which lower wealth.

Kimlin states, "This article confirms the need for financial independence for the Black Community. Financial Literacy, writing checks, and savings accounts did nothing for us in the ’80s and ’90s." So long as people continue to be educationally crippled, nothing can change.

– Being in control of your money, not your money controlling you.
– Putting your money in the right investment vehicles.
– The freedom of not having to work.

Kimlin concludes her thoughts by advocating for a social change and stating, "There was no surprise in the differences in Life Expectancy and the fact that we are significantly more likely to die during our working years because of all the systemic racism and stress of being a Black employee. We need more Black Entrepreneurs."

If you would like to learn more about Kimlin's book, check out the full review of “Authenticity, Accountability & Ambitions” by Kirkus Reviews here: https://www.kirkusreviews.com/book-reviews/kimlin-charise-johnson/authenticity-accountability-ambitions/

To purchase your copy of Authenticity, Accountability & Ambitions, visit www.kimlinjohnson.com

Kimlin and others were featured in the “I Stand” short film by Ryan Freidin owner of Frito Films in June of 2020, to help stop systematic racism.
Watch Here: https://www.youtube.com/watch?v=fBwedzerwC8&amp;t=40s