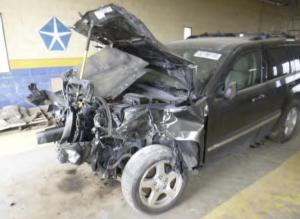 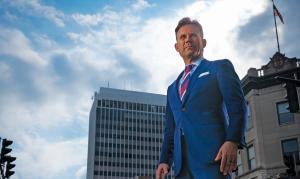 $525,000 Recovery for Motorist who Showed Subtle Signs of Brain Damage

Our client could not return to his job because he mentally lost the ability to cope. It was as if he was suffering dementia or a psychiatric disorder.”
— Neil Chapman

EVANSVILLE, IN, UNITED STATES, October 19, 2020 /EINPresswire.com/ — Chapman Injury Lawyers announce a recent brain injury settlement of $525,000.00 negotiated by remote video conferencing Zoom software during a Court-ordered mediation. The plaintiff, a 60-year-old Evansville resident, was stopped on Interstate 69 for a construction project when he was rear-ended by an SUV at high speed. The plaintiff suffered some bleeding in his brain and spent 3 weeks at the St. Vincent Medical Center. Despite recovering the ability to walk, talk and appear "normal," he became a different person. "Relatively 'mild' Traumatic Brain Injuries can be deceptive," according to Neil Chapman, lead lawyer on the case. "Many times our clients may look perfectly normal. But they suffer a collection of chronic symptoms that are relatively subtle and not immediately associated with traumatic brain injuries. Examples included symptoms such as vertigo, balance, visual disturbances, hearing loss, sensitivity to noise and light, and crushing anxiety. In this case, our client could not return to his job because he mentally lost the ability to cope. It was as if he was suffering dementia or a psychiatric disorder."

While medical science has come a long way with treating mild to moderate traumatic brain injury, it can be challenging to obtain the cutting-edge treatment to maximize a brain-injured person's recovery. "The latest treatments involve intensive Cognitive Behavioral Therapy (CBT) and Eye Movement Desensitization and Reprocessing (EMDR). It is difficult to find providers of these therapies, and remains expensive and controversial for insurance companies. We have a long way to go in the area of treatments for Traumatic Brain Injuries," according to Chapman.

Chapman continued, "Another thing we emphasized in our settlement negotiations was the likelihood that our brain-injured client faced a substantial risk of early-onset Alzheimer's disease, Parkinson's Disease, or other affective disorders. This evidence was introduced by our consulting expert witness, Dr. Rebecca O'Bryan, an Assistant Professor of Clinical Physical Medicine and Rehabilitation at the Indiana University School of Medicine. Dr. O'Bryan's examination and written report helped us tell our client's story and persuade the insurance company that our client's quality of life was permanently diminished."