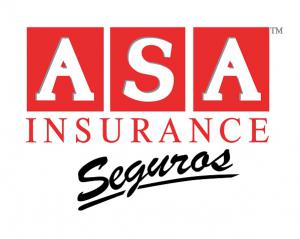 ASA Insurance is a top provider of home insurance and earthquake insurance within the Salt Lake City area.

One of the leading providers of home insurance in Salt Lake City has shared critical information with Utah homeowners to help keep them safe from earthquakes.

Many homeowners think their home insurance covers them for earthquake damage. However, this is not usually the case.”
— Creed Anderson

SALT LAKE CITY, UNITED STATES, April 28, 2020 /EINPresswire.com/ — One of the leading providers of home insurance in Salt Lake City has shared critical information with Utah homeowners to help keep them safe from earthquakes.

Utah has thousands of fault lines that run beneath the surface, putting many homeowners at an increased risk for earthquake damage. ASA Insurance of Salt Lake City, Utah, warns consumers to be aware of this risk and make sure they are adequately covered in the event of a catastrophic event. Not everyone will be affected the same way or suffer the same degree of damage from one of these natural disasters.

Homes built within a few hundred feet of a fault line are at risk for damage if an earthquake should happen. This scenario is most likely to happen when there is a surface fault rupture, which means an earthquake with a magnitude of 6.5 or greater occurs. The building may be damaged and local flooding can result. The Wasatch Fault in Utah is the largest in the state. However, there are other smaller faults in this same area. How often a rupture is likely to occur will depend on where the property is located along the fault line. Older homes are at greater risk because they may not meet current building codes. Newer homes are more likely to survive an earthquake, but buyers should ask for any geologic studies for the area to determine their level of risk.

As Creed Anderson of ASA Insurance explains, “Many homeowners think their home insurance covers them for earthquake damage. However, this is not usually the case.” He goes on to explain they may need to look into special earthquake coverage for their home. This is purchased in addition to a standard property insurance policy, but not all providers carry earthquake insurance, so they may not mention it to consumers. However, they can provide information about how and where the policy can be purchased.

Earthquake damage can be significant, and the resulting structural damage tends to be the most complex and most costly. Water damage from flooding after an earthquake can also cause severe consequences and make a home unsafe and unlivable. It’s important for homeowners to review their risk and determine if they need additional coverage for such an event. They may also be able to have updates done to their homes to make them more resilient in an earthquake.

Anderson also recommends having a disaster plan set up if the homeowner lives along the fault line. He suggests reviewing it with the family at least once a year. It is impossible to predict when an earthquake will occur and how severe it will be even though experts have gotten better about studying this natural phenomenon. Large objects should also be secured inside the home to lessen damage and risk of injury.