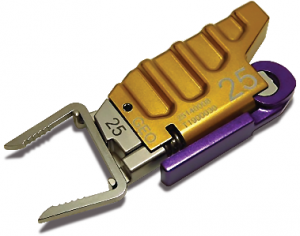 “This is one of several patents that GEO has added to its arsenal. The revenue opportunity for a pre-packaged, sterile, nitinol staple and inserter system is tremendous and we believe that GEO has the most unique and efficient solution in the market,” said Michael Simpson, GEO’s Chief Executive Officer. “Having this system RFID-tracked inside the GEO CART adds additional opportunity to increase patient safety and lower healthcare costs.”

GEO launched the Nitinol Staple System in 2019 and its subsequent top line growth has been significant. Surgeon feedback on the staple’s efficacy and effectiveness has been overwhelmingly positive and it has already garnered a number of approvals within health systems throughout the United States.