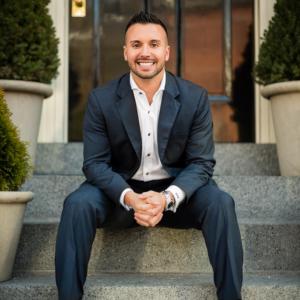 AUSTIN, TX, USA, February 4, 2020 /EINPresswire.com/ — Today the Model FA announced the appointment of David DeCelle as the new president of the company. This news coincides with Model FA acquiring the Boston-based Financial Advisors’ Alliance, a training, coaching, and consulting company that DeCelle founded in 2018.

“David DeCelle has proven himself to be one of the most savvy, forward-thinking financial advisor coaches out there,” said the Model FA founder Patrick Brewer. “The problem is that you can’t hire someone like DeCelle. The only way we could get him was to buy his company — and that’s exactly what we did.”

With practice management and marketing strategies expiring faster than ever before, financial advisors must make a commitment to continually experiment, innovate, and adopt best practices in order to stay relevant. Thanks to this partnership, Model FA is poised to do exactly that.

DeCelle began his financial services career while still completing his undergraduate degree at Bryant University (Rhode Island). After earning his Bachelor of Science degree in finance, he accepted a position with Northwestern Mutual. There, he quickly distinguished himself by ranking #5 out of his first-year class of 1,500. In the next few years, DeCelle would take his team (ranked 300 out of 350 offices nationwide at the time) to become the top performing office in the country.

Realizing that the way in which emerging Millennial and Generation Z advisors must do business had changed drastically, DeCelle decided to strike off on his own. In 2018, he founded the Financial Advisors’ Alliance, a training, coaching, and consulting company for financial advisors. In building the Alliance, DeCelle embraced a new “sharing” paradigm in which he gave away his knowledge through social media. That quickly earned him a loyal client base.

At the Model FA, DeCelle will be responsible for spearheading growth efforts, leading partnership initiatives, and serving as a head coach for the Model FA Accelerator program.

“Patrick and the team at Model FA have built a best-in-class marketing, sales, and practice-management training program for financial advisors,” said DeCelle, whose appointment became effective on January 29, 2020. “By combining our knowledge and resources, we will reach and impact even more financial advisors — and give them the tools they need to succeed.”

Advisors can see David DeCelle speak at one of the upcoming live Model FA events across the country.

ABOUT THE MODEL FA

The Model FA is a company that supports financial advisors in their growth and impact. The Model FA Accelerator is the industry’s first Silicon Valley-style performance coaching program for individual advisors and financial service companies. Advisors can learn more about the Accelerator at www.modelfa.com/accelerator.