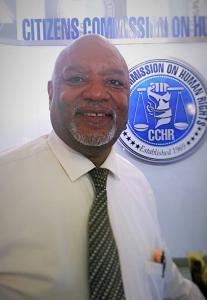 We cannot be silent about the abuse of not only our African American children but all children and fight to abolish the stereotypical labeling of our past as a mental ‘illness.’”
— Rev. Frederick Shaw

LOS ANGELES, CALIFORNIA, UNITED STATES, January 21, 2020 /EINPresswire.com/ — As the country celebrates the remarkable life of Martin Luther King, Rev. Frederick Shaw, a spokesperson for the mental health watchdog, Citizens Commission on Human Rights (CCHR) International and president of the NAACP Inglewood-South Bay chapter, points to King’s quote about our children needing our presence. “This is more vital than ever, with African American children being over-represented in foster care. According to one pharmaceutical company-funded group, African Americans experience more severe forms of mental health conditions. This stereotypes African Americans and redefines their history of slavery, discrimination and enforced poverty as mental illness rather than injustice. It justifies children’s segregation from their families and enforced mental health ‘treatment,’ rather than to provide better education and equal rights.”

“African American children are being prescribed mind-altering drugs at an alarming rate that can cause suicide, psychosis, diabetes, hallucinations, hostility, heart irregularities, stroke, and other dangerous side effects. When antidepressants are seen to be unworkable, children can become potential candidates for electroshock,” he said. He says parents need to make informed choices for their children and should know the history behind what is being offered as mental health treatment today:

• According to the IQVia, in 2017, there were a staggering 7.2 million U.S. children and adolescents taking prescribed psychotropic drugs.[1] Factoring in a study of welfare children receiving mental health services and applying this nationally, nearly 20% of those children receiving such services are African American.[2]

• Foster care kids—some younger than five—are sometimes given five or more drugs at a time.[6]

• Students in foster care are more likely to be suspended or expelled, score lower on standardized tests in reading and math, be involved in special education, have higher rates of grade retention and drop out, and less likely to attend and graduate from college.[7]

• In an article headlined: “The Black Academic Holocaust: Psychotropic Drugs and Black Students,” Dr. Rick Wallace, Ph.D. stated: “Not only is there an issue with young black students being disproportionately diagnosed with learning disorders, but they are also being prescribed psychotropic drugs at an alarming rate—with some being prescribed these medications as early as at the age of 18 months.”[8]

Rev. Shaw says “fellow African Americans are not often educated on the history of betrayal of the mental health industry.” For example:

• During slavery “mental disorders” attributed to African Americans included Drapetomania (drapetes, a runaway slave, and mania, meaning crazy). Drapetomania was said to cause Blacks to have the “uncontrollable urge” to run away from their “masters.” The “treatment” was “whipping the devil out of them.”[10]

• In the 1960s, psychiatrists claimed civil rights protests caused violent “schizophrenic” symptoms in African American populations, calling this “protest psychosis,” according to The Protest Psychosis, How Schizophrenia became a Black Disease. Author, Jonathan M. Metzl, references a 1968 article by two psychiatrists who wrote that Black men were claimed to have developed “hostile and aggressive feelings” and “delusional anti-whiteness” after listening to civil rights leaders.[11]

• At the time, ads for psychotropic drugs used “African” symbols to reflect so-called “violent traits” in African Americans,[11] marketing the use of antipsychotics to treat this.

• In 1992, National Institute of Mental Health psychiatrist Frederick Goodwin compared Black youth living in inner cities to “hyperaggressive” and “hypersexual” monkeys in a jungle.[12] His solution was to drug 5 year olds with antidepressants for the “prevention” of violent behavior.

Shaw says people need proper and effective healthcare but not the damaging drugs and electroshock that passes as mental health treatment today. “We cannot be silent about the abuse of not only our African American children but all children and fight to abolish the stereotypical labeling of our past as a mental ‘illness.’”

CCHR is the mental health watchdog responsible for more than 180 laws that now protect patients from damaging practices. DONATE to support its work.