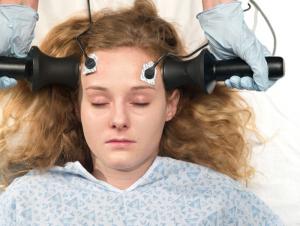 The use of “electrocution” devices for behavior modification is condemned by the UN, but NZ and the US FDA have notoriously failed to protect children from them. 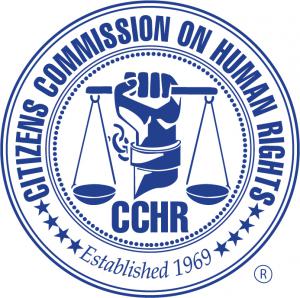 The use of “electrocution” devices for behavior modification is condemned by the UN, but NZ and the US FDA have notoriously failed to protect children from them

Where patients are electroshocked, it falls to governments to force the FDA and behavioral facilities to abide by the UN Convention on Torture or face the consequences.”
— Jan Eastgate, President CCHR International

LOS ANGELES, CALIFORNIA, UNITED STATES, January 7, 2020 /EINPresswire.com/ — The United Nations Committee Against Torture has condemned New Zealand officials’ failure to fully investigate and prosecute the use of electroshock for behavior modification of children, describing the practice as torture. On December 27, 2019, the UN issued a report calling for further investigation and, potentially, prosecution in relation to more than 180 children having their genitals or other body parts shocked at NZ’s Lake Alice state psychiatric hospital in the 1970s.[1] Despite the lapse in time, former victims are still fighting for answers on how a psychiatrist who treated them has escaped justice over the terrifying abuse using an “electrocution” device.[2]

The mental health watchdog, Citizens Commission on Human Rights (CCHR) in New Zealand was instrumental in getting the shock ward shut down in the 70s and was joined by CCHR in Australia and International in championing for compensation for the victims. In 2001, the government apologized to those who survived the torture paying them NZ$10 million (US$6.7 million) in compensation.

CCHR NZ supported former patient, Paul Zentveld, in filing complaints to the UN Committee on Torture. Zentveld claimed that a psychiatrist electrocuted boys’ genitals as a punishment but never faced charges, which prompted his decision to go to the UN. The UN raised concerns over a police decision to end its criminal investigation in 2009 without prosecuting any staff. The police are now reviewing the UN report.[3]

CCHR International said it is still waiting for the Food and Drug Administration (FDA) to ban the similar use of electroshock to the skin for behavior modification at the Judge Rotenberg Center (JRC), just outside of Boston, where mentally disabled and autistic children and adults are treated.[4] Patented by Matthew Israel, a Harvard University-educated psychologist, the device called a graduated electronic decelerator (GED), has electrodes that emit 60 volts and 15 milliamps of electricity in two-second bursts through electrodes attached to the arms, legs, or stomachs of students.[5] It is stronger than police stun guns.[6]

In 2010, Manfred Nowak, the UN’s Special Rapporteur on Torture, sent an urgent appeal to the US government, urging an investigation. “This is torture,” said Nowak.[7] A powerful video released by Fox News in 2012 showed a student being painfully shocked 31 times for over seven hours for refusing to take off his coat.[8]

At that time, another Special Rapporteur on Torture, Juan Mendez, told Fox Undercover, “The passage of electricity through anybody’s body is clearly associated with pain and suffering.”[9]

In April 2014, a special advisory panel of the FDA recommended a ban on its use for child behavior control or “aversive therapy.”[10] It took until January 2019 for the FDA to agree to ban the device, but it remains in use.[11]

Jan Eastgate, president of CCHR International, based in Los Angeles, headed CCHR in Australia in the 1990s and worked with the NZ office to expose the plight of the Lake Alice victims. Moving to the U.S., she was appalled to find similar use of shock torture at the JRC. “It is a stark reminder of how children are tortured in the name of behavioral care and the FDA continues to drag its heels in banning the skin shock device. It also allows the use of electroconvulsive therapy, which also be banned,” Eastgate said.

She draws comparisons between the three shock “therapies”:

• One JRC patient explained that it feels “like a thousand bees stinging you in the same place for a few seconds,” adding “it is torture in the plainest sense of the word.”[12]

• Former Lakeside patient in NZ, Marty Brandt, said the skin shock left him with “permanent marks on the underside of my penis.” “The genitals were [the psychiatrist’s] favorite spot. It was just straight pain,” another victim, Charlie Symes, said.[13]

• As for ECT, often used to treat depression, Judy, interviewed in a new documentary, “Electroshock: Therapy or Torture,” states: “I underwent electroshock therapy from the ages of 14 to 16….It beat all the abuse I ever experienced. It beat the rapings, the molestations, it beat everything. Because it did so much to me psychologically and physically.”

UK clinical psychologist and author, Craig Newnes, spoke candidly about electroshock in the documentary, stating: “People often ask, ‘What is electroshock?’ And what it is, is electrocution. That’s all it is.” Further, “The biggest mystery of all is why on earth people think that putting bolts of electricity through people’s heads is a good idea.”

CCHR says that the mystery extends to all electrical interventions to treat or curb behavioral issues. Eastgate says: “Where the FDA fails to protect citizens, including those behaviorally disturbed at JRC or in psychiatric facilities where patients are electroshocked, it falls to governments to force the FDA and behavioral facilities to abide by the UN Convention on Torture or face the consequences. In the case of electrical interventions, that means ban them.”

Change.org carries two petitions in support of electroshock bans: one by the Autistic Self Advocacy Network and CCHR’s petition to ban ECT