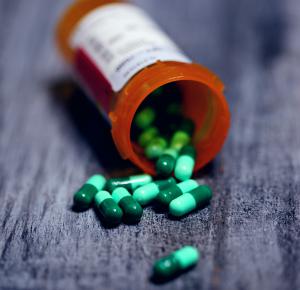 There are at least 27 drug regulatory agency warnings about psychotropic drug adverse effects that include mania, psychosis, hostility, aggression or homicidal ideation and 49 warn of self-harm or suicide/suicidal ideation.

CCHR said the truth vindicates it and others that challenged the settlement and continued to expose Prozac and antidepressant-induced violence and suicide risk.

The truth vindicates us and others that challenged the secret settlement and continued to expose Prozac and similar antidepressant-induced violence and suicide risks.”
— Citizens Commission on Human Rights

CLEARWATER, FLORIDA, UNITED STATES, September 18, 2019 /EINPresswire.com/ — The Louisville Courier Journal recently reported that Eli Lilly, which produces Prozac, the antidepressant that Joseph Wesbecker’s victims blamed for his deadly shooting rampage 30 years ago on September 14, 1989, secretly paid the victims $20 million to help ensure a court verdict exonerating the drug company. [1] Wesbecker had begun taking Prozac about five weeks before his murderous spree that killed eight and wounded 12 in the Standard Gravure print shop attached to the Courier Journal in Louisville, Kentucky. [2] USA Today reported that in 1994, a fiercely litigated, 11-week trial took place in which Wesbecker's victims and their families said the Prozac he took helped incite his murderous rampage. “On the eve of the jury's verdict, which absolved Lilly of liability, the company made the secret payment without telling the judge overseeing the case,” media reported. [3]

Mental health industry watchdog, Citizens Commission on Human Rights (CCHR) said the truth vindicates it and others that challenged the secret settlement and continued to expose Prozac and similar antidepressant-induced violence and suicide risks. A CCHR representative had testified in the November 22, 1989 coroner’s inquest into the Wesbecker deaths about Prozac’s potential violent streak. [4]

The psychiatrist who prescribed Wesbecker Prozac testified that Wesbecker had become “very, very agitated,” some of which he attributed to the antidepressant. [5] The coroner, Dr. Richard Greathouse, determined: “…Prozac in certain individuals has caused a violent hostile type of reaction.” [6]

Texas attorney, Andy Vickery, who had clients that alleged damage because of antidepressants, had challenged Lilly’s secret settlement and called the tendency of Prozac and related antidepressants to cause some users to turn violent or suicidal, “a public health catastrophe.” [7]

CCHR says the Wesbecker killing spree was especially significant because it sparked numerous lawsuits against antidepressant makers and allegations that psychotropic drugs can cause suicidal and violent behavior. Including the Wesbecker murders, there have been at least 14 killings where Prozac was identified alone or in combination with other prescription mind-altering drugs resulting in 51 deaths and 72 wounded.

CCHR charges that reinforcing the “health catastrophe” is the Food and Drug Administration (FDA) that had been put on notice of Prozac’s risks even before approving it. [8]

In 1989-90, using the Freedom of Information Act, CCHR also filed for all adverse Prozac events reported to the FDA, which led to the agency convening a meeting of its Psychopharmacological Drugs Advisory Committee (PDAC) to consider the “issue of suicidality associated with antidepressant drugs, including Prozac.”

At the September 20, 1991 PDAC “review,” dozens of Prozac victims and their family members told the committee of horror stories linking the drug to multiple murders, suicides and other nightmarish effects. Yet the panel voted to do nothing. At least five of the 10 committee members had conflicts of interest with pharmaceutical companies, including Eli Lilly. [9] Still, the FDA conceded that it did “not dismiss the possibility that antidepressants in general or fluoxetine in particular may have the capacity to cause untoward injurious behaviors and acts, and/or to intensify them.”[10]

Lilly launched a multi-pronged, international – and ultimately unsuccessful – public relations offensive against both CCHR and its co-founder, the Church of Scientology for exposing Prozac. [11] In 2003, a former executive of Lilly confirmed to The Hartford Courant that at the height of the controversy CCHR was generating, the company had an FDA official defending it against exposure of Prozac’s suicidal risks in the media, claiming it was merely a “public relations problem.” [12]

It took 13 years of persistent exposure of the drug by CCHR, doctors, attorneys and families before the FDA issued a black box warning in 2004 that SSRI antidepressants could cause suicidal behavior in those younger than 18, later extending this to age 24. The same year FDA also issued an advisory that the drugs could cause agitation, irritability, hostility, impulsivity, akathisia (severe restlessness associated with violent behavior), hypomania, and mania in adult and pediatric patients—essentially what CCHR had exposed during the 1991 FDA PDAC hearing. [13]

Dr. David Healy, a professor in psychopharmacology who has testified as an expert on the suicide- and violence-inducing potential of such antidepressants was vilified for speaking out about these risks. [14] In 1999, he estimated that the number of people worldwide who, because of Prozac, had tried to kill themselves since it came on the market was around 25,000. [15] He also estimated that 90% of school shootings over more than a decade leading up to 2012, were linked to SSRI antidepressants. [16]

Today, there are at least 27 drug regulatory agency warnings about psychotropic drug adverse effects that include mania, psychosis, hostility, aggression or homicidal ideation and 49 warn of self-harm or suicide/suicidal ideation. CCHR’s report Psychiatric Drugs Cause Violence and Suicide is being made available to all legislators.