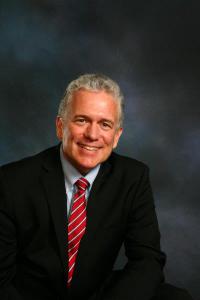 Test Your Foreclosure Knowledge: Answers to 19 Questions from Yesterday's Article

If you can answer 40% of these foreclosure questions, you’re ahead of most of the people in our industry.”
— Joffrey Long

Let’s look at some answers:

Regarding the second part of the question, where the same property sold for $500,000 at the sale: In this case, there are $190,000 in excess sales proceeds in excess of the lender’s bid of $310,000. The first $60,000 of excess proceeds would go to pay off the second trust deed, the next $100,000 would pay off the third trust deed, and the remaining $30,000 would go to the foreclosed trustor/owner, assuming there were no other recorded liens or judgements.

Answer: When a senior lienholder is foreclosing, junior lienholders commonly attempt to protect their interest by advancing funds to reinstate the delinquent loan and cure the foreclosure. Depending on their loan documents, they may add the amount advanced to the total debt and charge interest on the advance at the note rate. They could then begin their own foreclosure.

If you haven’t attended a trustees sale, I recommend it. What’s surprising is that the majority of sales, from the time bidding starts to the time the winning bidder is announced, occur is less than 60 seconds.

Answer: Remember, that the first trust deed is only the first TRUST DEED. It is not necessarily the first lien on the property. Property taxes are a “super-lien,” meaning that they “cut ahead” in line in front of any trust deed. At the point of foreclosure of the any trust deed, none of the proceeds of the trustees sale go to pay delinquent property taxes. In answer to the second part of the question, the successful bidder does not acquire the property free of the taxes, they remain unpaid.

However, depending on wherever else the IRS lien shows up, the owner may later have additional funds removed from their bank account or otherwise garnished/confiscated.

The IRS has a 120-day redemption period where they can “re-purchase” the property from the successful bidder. They repay the bidder the cash that the bidder paid out, plus interest for the time their money was tied up.

IRS liens, like child support liens and certain judgements, are recorded with the county recorder against the individual, not necessarily against a specific property – but create a lien against any property owned by the individual in the county where the lien is recorded. Obtaining a title search on the property alone might not show the lien, but when the “statement of information” is obtained and checked by the title company, the additional liens impact title to the property.

Answer: With a trustees sale at $400,000, the first $270,000 would go to pay off the existing first. The “excess proceeds” are $130,000 and would be distributed to 2nd, 3rd, and other lienholders, if any exist. Any amount beyond what other lienholders get would go to the trustor/borrower. (foreclosed property owner)

Who conducts the trustees sale?

Answer: The trustee, obviously, right? Not exactly. Although it is the trustee that administers the trustees sale, the truth in today’s practice is that trustee companies generally don’t conduct the physical auctions themselves. They generally have the companies that publish the required notices in papers of general circulation, (called “posting and publishing companies”) handle the actual auction process. Where there are hundreds of trustee companies with foreclosure sales occurring every day, there will usually only be 4 or 5 auctioneers at any county’s trustees sale location that day. Each auctioneer is an employee of one of the posting and publishing companies and is likely announcing as many as 100 or 200 different trustees sales for different trustee companies. The majority of all scheduled sales are announced as postponed for one reason or another, so each auctioneer may be calling a significantly smaller number of actual auctions.

Deed in Lieu of Foreclosure:

The problem with a deed in lieu of foreclosure is that when someone deeds you property, you acquire whatever interest in the property they had at the time of delivery of the deed to you. If, since the loan was made, the borrower has “picked up” a few judgements, other liens, an IRS lien, and a child-support lien, all of those are now “attached” to the property. If you accept the deed in lieu of foreclosure, you now get to start trying to remove all of those liens, which may be impossible. If instead, you finish the foreclosure of your lien, which is senior to all the subsequent items against the property, your foreclosure “cleanses” the title, returning it to you with only liens that were senior to your lien.

Another alternative I’ve used is to agree to accept the deed in lieu, subject to obtaining acceptable title insurance on the transfer. Just as when you buy property, this gives you a careful search of the title and more importantly, a policy of title insurance against any unknown items that went against the seller’s title. In accepting a deed in lieu of foreclosure, even with title insurance, it may be worth it to consider having an escrow on the transaction. Ask your accountant, but it may be helpful to have an escrow closing statement to verify the “price paid” for the property for calculation of depreciation or profit on any later resale.

Lender’s Bidding at the Trustees Sale:

Answer: The maximum amount of a lender’s opening bid at the trustees sale would be the total of principal owing, interest due, late charges, funds advanced, attorney’s fees, and other amounts that are due to the lender. Added to all this are the trustees fees.

As to the next question, why would a lender ever want to bid LESS than the total amount owed?

Answer: When the lender/creditor bids the total amount they are owed, it is referred to as a “full credit bid.” The challenge with making a “full credit bid” is that when the lender bids the full amount they are owed, since they then “received” the property by its reverting to them as beneficiary, in exchange for the amount they bid, and may be deemed to have been “paid in full.” This can be a problem if there are other sources to collect from, such as hazard insurance policies, in some cases, title insurance policies, or funds available from any guarantors.

A possible solution is to enter a “less than full credit bid.” For example, if the total amount of the loan and all charges were $310,000, a lender might open with a bid of $75,000 of the 310,000, leaving $235,000 “unpaid.” This better enables the lender to pursue the unpaid amount through any possible other sources. If there are other bidders, the lender may increase their minimum bid until the bidding increases to an amount equal to, or in excess of an amount that they are willing to accept. If the bids do not rise to an amount that the lender will accept, then the lender will acquire the property.

A lender or loan servicer may also open bidding with a less than full credit bid to encourage the likelihood of a third-party bidder buying the property at the sale. If the lender’s total loan is $600,000 and the property is only worth $550,000, and the lender opens the bidding at the full $600,000, there likely won’t be third-party bidders and the property would revert to the lender. In taking back the property and re-selling it, netting $500,000 may be difficult, considering holding/repair costs and the time / effort in marketing the property for sale. An opening bid of $500,000, or some other bid lower than the estimated market value, could result in the lender getting cashed out quickly from the loan by a purchaser at the trustees sale.

Although potentially important with all types of loans, there may be more frequent consideration of bidding less than the “full credit bid amount” when acting as a loan servicer for loans in the category of private money or hard money lending.

Expert witness testimony is sometimes required in mortgage litigation matters, regarding whether or not lenders or loan servicers acted correctly in setting their opening bids or any subsequent bids for trustees sales. For more information about full credit bids, Google the article, “Full Credit Bids, Avoiding the $475,000 Mistake.” I co-wrote the article with Attorney John Hosack of the Buchalter Law Firm. It was published by the California Mortgage Association, the California private money (hard money) lender’s trade association.

Is the Trustees Sale “As-Is?” Are You Sure?

Trustees sales were originally thought of as being “as is,” with lenders or loan servicers never being expected, under any circumstance, to provide any information about the property condition.

In a 1991 case, “Karoutas vs. HomeFed Bank,” the lender was aware of severe geological problems and didn’t inform prospective bidders at the sale. Ultimately, a ruling was handed down that when the lender is aware of a property defect that is not of public record and would not be observable by a prospective bidder, they are required to make a disclosure when conducting a trustees sale.

Question: Why would anyone do a judicial foreclosure?

What other reasons are there?

In judicial foreclosure, it’s possible to have the court appoint a receiver to take over the property, collect rents, and otherwise administer the collateral. The receiver gets a court order authorizing them to collect rents. At times, the mere threat of appointment of a receiver causes certain borrowers to re-instate their loans, or at least “come to the table,” and make arrangements with the lender.

Could you start both a judicial and a non-judicial foreclosure at the same time?

Answer: Yes. Both a judicial and non-judicial foreclosure can be commenced at the same time, but only one can be completed. The reason for conducting both may be, for example, to file the judicial foreclosure in order to appoint a receiver but complete the non-judicial foreclosure as quickly as possible, once the receiver is in place.
Through my work in private money lending, expert witness consultation and testimony, as a loan servicer, and through reviewing relevant mortgage litigation cases from the Superior Courts and Federal Courts, as well as related laws and regulations, I’ve been fortunate to have had access to this fascinating (to me) area of trust deeds and real estate lending.

Joffrey Long is the President of Southwest Bancorp, a hard money lender and loan servicer in Los Angeles, CA. He testifies in mortgage litigation matters as a mortgage and hard money lending expert witness. He is a member of the Board of Directors and the Education Committee of the California Mortgage Association. He holds a Level I and Level II Trustees Sale Officer Designation from the United Trustees Association. He’s also the originator and sponsor of the Phillip M. Adleson Education Award, for excellence in mortgage education. He can be reached at www.MortgageExpertWitness.net or at info@asksw.com

This article is for general purposes only. No action, decision, or opinion should be in any way based on any of its content. Nothing in this article should be considered a standard of care or a standard for reasonable or accepted practices.