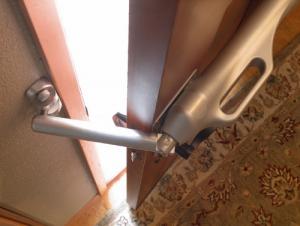 What a “security” chain is supposed to do – but doesn’t. 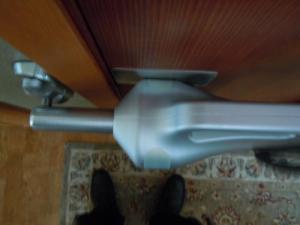 No Reputable "Security" Company will Guarantee a Response Time For Effective Help Arriving!

The time required to do violence and mayhem is very short! Unfortunately – much shorter than any helpful rescue response!”
— Lee Ferguson

“False assurances of safety abound in the “Home Security Systems” industry says Lee Ferguson, inventor and president of LineBacker Security Hardware Company in Union,Washington. It's the “System” that's mostly at fault for misleading consumers to believe they are safe from harm. Consider what nearly all “Alarm System” protocols require: First, When an alarm goes off, a phone call is made to the homeowner to confirm an emergency is occurring. Next, a call goes out to whomever is in charge of responding. If it's the police, they have to determine if the emergency is real or a false alarm, and if an armed response is needed. If the emergency is real, they have to mobilize the response. This all takes valuable time. Time in which robbery, assault, or even murder can occur.” THIS IS NOT REAL SECURITY!

“The only 'Prevention Value' electronic security systems offer is the lawn sign letting potential intruders know a “System” is installed. Once a bad guy decides to enter a home, only hardware can prevent him doing so! Of course, if an alarm notifies you someone has entered your home it is too late to 'prevent' his entry. That means the homeowner or his family is on its own for dealing with a potential deadly situation. The idea that cameras, noisy alarms, or notifications to a “ Security” firm can prevent violence doesn't take into account the facts. Which are: bad people with bad intent have figured out the “Systems” and are not always deterred by them. Bad actors know that they can cover their faces, disable noisy alarms in seconds, and that police have de-prioritized their response to Home Alarms! The facts are; No Security company will give you a guarantee how soon effective help will arrive. THEY CAN"T!"

"The time required to do violence and mayhem is very short! Unfortunately, much shorter than any helpful response. As in all occasions of violence, 'Prevention is Far Superior to Response'. All a camera can do is record scenes that may be heartbreaking to watch. They cannot prevent what they record! If noise were a deterrent, no one would break a window or kick in a door."

That is the logic behind Mr. Ferguson's claim that SECURITY HARDWARE should be the first line of defense and prevention. He is the inventor of “The LINEBACKER ARTICULATED DOOR RESTRAINT”, a new adaptation of the ancient door bar! A former general contractor who understands the strengths and weaknesses of doors, and door frame structure, he was the uncle of a fatal home invasion victim and friend of another. He has designed and patented the perfect solution to preventing unwanted entry through residential doors. “My LineBacker Device absolutely protects against unwanted entry through any door upon which it is installed.” By also acting as a security chain should – but does not, the door can be opened to allow for inspection of credentials, receiving parcels, allowing pet access, or simple ventilation; all while maintaining the prevention of unwanted entry! When installed on interior doors, the device can create 'SAFE ROOMS' to provide refuge from intruders.

Mr. Ferguson says The LineBacker was designed to SAVE LIVES FIRST, protect property second. Currently selling his product online at www.thelinebacker.net . Mr Ferguson is seeking a partnership for wider distribution of his product. He can be contacted at linebacker@hcc.net or by phone at 360-898-6565

This video will demonstrate why the LineBacker Door Restraint has no equal in door security hardware!