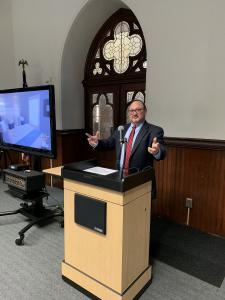 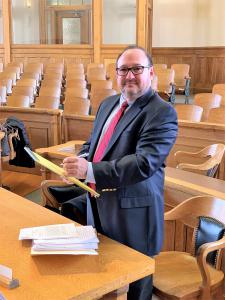 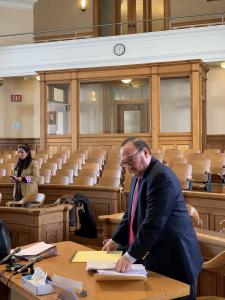 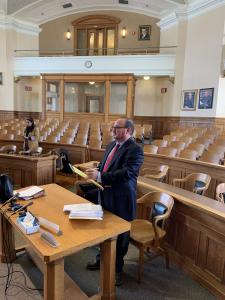 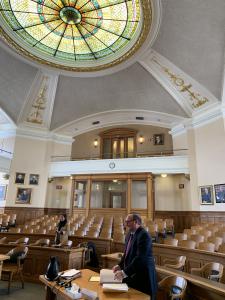 The counts were for varying causes of action such as breach of contract, fraud, breach of trust, civil conspiracy and other claims arising out of the allegedly defective construction”
— Jared Stolz, insurance lawyer in New Jersey

FLEMINGTON, NEW JERSEY, UNITED STATES, June 3, 2019 /EINPresswire.com/ — The Four Seasons at North Caldwell case has important implications for construction defect litigation. Attorney Jared E. Stolz was involved in the litigation as counsel for a subcontractor of K. Hovnanian, and provides a summary of the court's decision.

The complete comment will be available on the Blog of insurance law attorney Jared Stolz at https://jaredstolz.law.blog/

The Enterprises, KHC, and KHE sought the have the entire complaint dismissed against them and KHNC sought dismissal of eight of the sixteen counts. The counts were for varying causes of action such as breach of contract, fraud, breach of trust, civil conspiracy and other claims arising out of the allegedly defective construction.

Enterprises, KHC, and KHE moved to dismiss the entire case against them, arguing that the counts against them fail to set forth more than mere conclusory allegations and thus fails to state a claim. The complaint refers to the named defendants as “Hovnanian Defendants” and alleges that they took certain actions with specifying what actions each individual entity took within the group. The Court noted that in examining the complaint for sufficiency of claim, all facts alleged must be taken as true and “[t]he examination of the complaint ‘should be one that is at once painstaking and undertaken with a generous and hospitable approach.’ The Court must ‘search the complaint in depth and with liberality’ to identify the causes of action asserted.”

The Court concluded that “[b]ased on even a liberal and hospitable review, the non-veil piercing Counts of the Complaint do not sufficiently plead claims against the Defendants Enterprises, KHC, and KHE.” The core deficiency was that all named defendants are lumped into a term as “Hovnanian Defendants” and there is no specific reference to any of the individual defendants in ascribing the allegedly wrongful actions. Thus, the complaint could not survive even under this liberal standard and the Court dismissed all counts except the veil piercing count without prejudice with leave to re-plead if so desired.

The Court also dismissed the veil piercing count without prejudice, but for a different reason. The Court noted that in order to properly allege a count for piercing the corporate veil, plaintiff must allege that “the subsidiary was dominated by the parent” and that “adherence to the fiction of separate corporate existence would perpetrate a fraud or injustice, or otherwise circumvent the law.” Here, the Court concluded, that the complaint fails to sufficiently allege either prongs. There were some allegations regarding commonality of employees and officers, but without more, such overlapping was insufficient to allege domination by the parent corporation. Likewise, there was mere conclusory statements about undercapitalization, but not enough to survive a motion to dismiss. Thus, the complaint failed to sufficiently allege a claim to pierce the corporate veil and the count was dismissed with leave to re-plead.

Jared Elliott Stolz is an attorney in New Jersey, focusing on insurance law and litigation. He is the managing partner of Stolz and Associates. Jared Stolz received his undergraduate education at Drew University in Madison, New Jersey and graduated with honors from Seton Hall University School of Law. Jared E. Stolz has been the managing partner of Stolz and Associates since 2004, specializing in providing individual and customized attention to insurance carriers needs on substantial coverage disputes. Mr. Stolz has nearly two decades of experience in the insurance industry and strives to offer the clients a combination of tried and true legal analysis along with tactic, brought to it by today’s technology, with a focused eye on expenses. He has represented prominent clients in numerous noteworthy cases with published opinions and has published and given seminar on insurance law topics.

CBS This Morning: What car insurance companies don’t tell you about rates