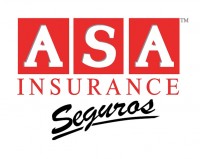 A recent study was conducted by the Auto Insurance Center from data that was compiled by the National Highway Traffic Safety Administration (NHTSA).

Drivers who are aware of high-risk situations may be more likely to take the necessary precautions to prevent an accident.”
— Creed Anderson

SALT LAKE CITY, UTAH, UNITED STATES, July 31, 2018 /EINPresswire.com/ — A recent study was conducted by the Auto Insurance Center from data that was compiled by the National Highway Traffic Safety Administration (NHTSA). It listed the causes behind fatal car accidents throughout the United States from 2009 to 2013. ASA insurance, provider of vehicle insurance in Salt Lake City, UT, says this report contains valuable information for drivers in Utah because it alerts them to potential issues before they occur.

According to the report, the top reason for fatal car accidents in Utah was failure to keep in the proper lane. This reason was the main issue for a majority of states throughout the country. However, Utah was not listed among the top five states most affected by this issue. Wyoming was number one with Mississippi, Tennessee, Vermont and Idaho rounding out the list. The information was gathered from NHTSA data and the number of crashes in each state for each type of issue was divided by the population of the state to create an accurate comparison. Utah fared well when compared to other states for drunk driving accidents. It is listed as the fourth state with the least number of drunk driving crashes. Utah comes in right behind Washington DC, New York and Massachusetts. The differences between the other states and Utah is they have more urban areas with public transportation. Generally, issues with drunk driving are more prevalent in rural areas where a lack of public transportation increases the risk of people driving drunk. However, Utah is the exception to this rule due to its strict drunk driving laws and the high Mormon population.

The report also noted that for Utah snow causes more accidents than rain. It also results in more accidents than fog. Crosswinds also account for car accidents in Utah, which is among a handful of states to have this issue, most of which are in the southwest. Speeding is another factor in fatal car crashes, and Utah ranked neither highest nor lowest in this category. It did rank well below its bordering state of Wyoming which was listed for second highest.

The study accounts for driver and passenger fatalities as well as pedestrian deaths. The data is important because it lets insurance carriers know what actions and situations cause the highest-risk for drivers. It is also important for drivers to help them become more aware of potential accident situations.

“Drivers who are aware of high-risk situations may be more likely to take the necessary precautions to prevent an accident,” explains Creed Anderson of ASA Insurance. “For instance, drivers in Utah should learn how to drive in the snow and when to stay home because it’s a major issue in the state.”

As drivers become more aware of risks for car accidents, they can alter their behaviors to help prevent these issues which could result in death and injury as well as an increase in insurance rates for multiple claims filed.