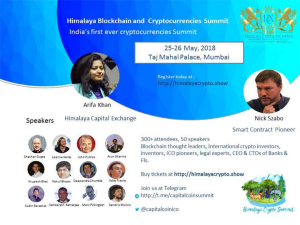 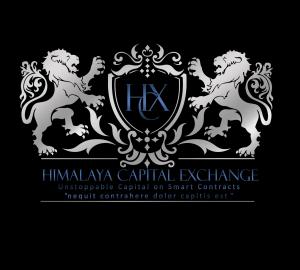 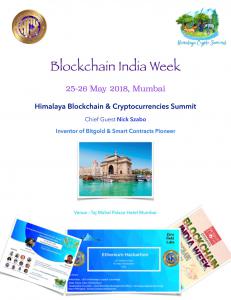 We are reimagining capital markets with our blue print for a next generation smart-contract run marketplace that deals in millions of dollars in securities, with no investment banks and low fees””
— Ms Arifa Khan, CEO & Founder of Himalaya Labs

Himalaya Labs is a Blockchain venture owned by Ms. Arifa Khan, a crypto pioneer and the India Partner of Ethereum Foundation. She is an IIT Madras graduate, a Wharton MBA, and an ex investment banker, who has been evangelising Blockchain in India actively since 2015. After facilitating numerous successful Blockchain Summits across the world including Ethereum India Summit 2017, Ms Khan is now bringing the mega event to Mumbai.

The first-ever Crypto Summit in India will provide an inside peek on the raging worldwide phenomenon of Cryptocurrencies, views of luminaries on technological progress, challenges, dispensations from governments the world over, regulation and what it means for the future of crypto and the common man in India.

The main summit on 25 May will focus on Blockchain applications, and their mass appeal in India. It will benefit industry leaders, CEOs, CTOs and CIOs, the financial services sector, regulatory bodies, policy makers, start-ups, and researchers and will host several keynotes and panels with over 30 speakers including from NSE, SBI, and Global Financial Access. Many Indian players have tested the usage of Blockchain in areas of Trade Finance, Cross-border Payments, Bill Discounting, Supply chain financing, Loyalty and Digital Identity areas. A networking platform with global pioneers will accelerate India’s learning curve.

The Cryptocurrencies summit on 26 May throws open a unique and exclusive learning opportunity for corporates to educate their teams on the technology behind bitcoin, ether and other Cryptocurrencies, for wealth management firms to educate their clients on this new asset class, for crypto enthusiasts to trade in crypto, for the software developers, students, researchers to learn the fundamentals, and for Indian ICO aspirants to learn the practicalities of launching an ICO to raise funds. Global crypto investors, CTOs and inventors of crypto protocols will educate the audiences on nuances of creating and running self-sustaining cryptocurrency platforms, token business models and how these can be beneficially applied and integrated in various industry domains.The participants will have a chance to get educated on real Blockchain projects and meet the pioneers behind these revolutionary businesses over two days.

Himalaya Labs would be presenting their revolutionary next generation stock exchange platform – Himalaya Capital Exchange3, a crypto NASDAQ that runs entirely on smart contracts- for entrepreneurs around the world to raise capital from global investors in seconds, for legally compliant shares and bonds.

“Blockchain is the next new wave in technology and everyone, from governments to the common man, stands a chance to benefit by riding this wave. India can become a global resource provider on Blockchain, as we are the biggest producers and exporters of engineering talent and computer scientists which is a prerequisite to technical prowess for making India a global Blockchain hub. We are reimagining capital markets and paying a tribute to Smart Contracts Pioneer Nick Szabo with our blue print for a next generation smart-contract run marketplace that deals in millions of dollars in securities ” says Founder & CEO of Himalaya Capital Exchange Ms. Arifa Khan.

Crypto economy, which was valued at around $20 billion at the end of 2016, ballooned close to $800 billion by the end of 2017. Though Blockchain and Bitcoin adoption has seen a lot of traction in India since 2016 when Ms Khan hosted crypto pioneers like Ethereum’s Vitalik Buterin in India, and conducted hackathons in efforts to catalyse the ecosystem, the industry and investors are yet to grasp the fundamentals of this technology and the interconnectedness between blockchain and crypto in a useful way. There is a legitimate need and a gap in educating the common man as well as the influencers on these new technologies. The summit aims to bridge the gap.

Mr. Nick Szabo, a renowned cryptographer, computer scientist, legal scholar and the pioneer of ‘Smart Contracts’, who is among the most celebrated speakers in the summit, says: “The imposition of capital controls is a disaster for a modern trade-driven economy, a catastrophe which, however, digital technology and in particular the digital currency bitcoin, has the potential to mitigate.” He adds that “Decentralised marketplaces are the ultimate promise of Blockchain, which will have the most dramatic impact on society and economy.”

Government of Maharashtra is collaborating with Himalaya Labs to host Ethereum Hackathon in India, and has provided real administrative challenges for Ethereum developers to solve such as – tracking education subsidies to payment of college fees through smart contracts.

About Himalaya Labs Ltd
Himalaya Labs is a Blockchain venture creating the world's first decentralised capital markets platform for investors and issuers, where smart contracts do the job of investment banks and intermediaries. A traditional stock exchange is replaced by an algorithm-driven marketplace where algorithms guide the listing price, and the token economy participants regulate, curate and monitor the risks and rewards of companies accessing public capital through ISTOs “Initial Security Token Offerings”. The token marketplace plays the role of investment banks, cutting out the 10% IPO fees. Founder & CEO Arifa Khan is an IIT Madras graduate and a Wharton MBA with a background in investment banking and Cryptocurrencies.